Bitcoin mining isn’t easy; like mining for gold, it requires a lot of patience and resources. But if you want to try your hand at it, some countries provide a better opportunity than others. So where should you go to become a successful Bitcoin miner? These six countries offer the best balance of low capital investment per coin and favorable regulatory environments: 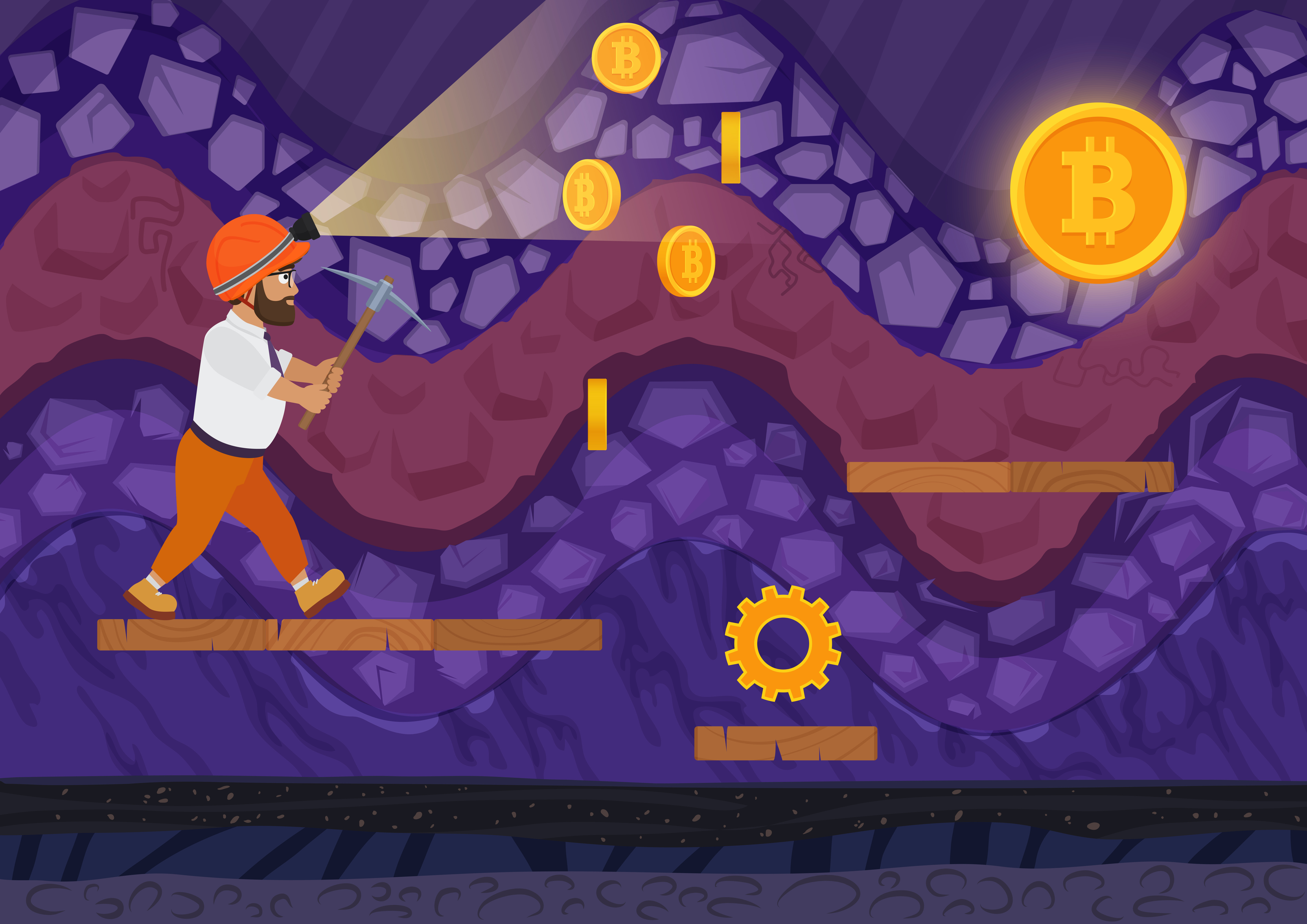 To Mine Bitcoin or Buy Bitcoin?

In order for a country to be a good potential host for cryptocurrency miners, it has to be cheaper to digitally mine BTC than to buy Bitcoin. Otherwise, it makes more financial sense to buy cryptocurrency and speculate on its price through crypto exchanges.

For anyone who wants to know how to get cryptocurrency through mining, that means setting up shop where the average investment per Bitcoin mined is as low as possible.

The biggest battle in keeping the cost to mine lower than the price to buy BTC is to minimize the price and demand for electricity. The GPUs used for cryptocurrency mining are incredible energy-hungry, and cooling all of those GPUs to prevent them from overheating takes even more electricity.

As a result, electricity costs are the single biggest driver of where it makes financial sense to setup a Bitcoin mining operation. It’s also why neighboring countries can have such widely divergent average costs per Bitcoin mined – one country may provide cheap electricity through abundant hydroelectric power or oil and gas reserves, while the other does not.

A country’s economic status also plays a role in determining how expensive Bitcoin mining will be. Mining operations require a lot of lands and often newly built warehouses, so real estate and construction prices can make a big difference in overhead costs. Every miner also needs to hire skilled technicians to monitor their equipment, whose wages will be determined in part by the local cost of living.

Economics isn’t the only consideration for cryptocurrency miners, though. Governments’ regulatory environments – whether they want to encourage people to buy cryptocurrency and miners to move in – is also extremely important.

After all, no miner wants to invest in operation only to be cut off from electricity or to find out that cryptocurrency mining is being heavily regulated. Such a scenario played out in China, and the country’s thousands of Bitcoin miners are now seeking to move operations abroad.

Beyond simply ensuring that regulations remain lax or protective of cryptocurrency miners, a crypto-friendly government can actually improve the economics of Bitcoin mining over time. Many countries are introducing favorable taxation rates for cryptocurrency miners in order to court mining operations. Meanwhile, others are improving the infrastructure needed for mining by installing renewable energy systems or building out high-speed Internet connections.

The 6 Best Countries to Mine Bitcoin

Kuwait stands out for offering extremely cheap electricity, which should come as little surprise given that this small Gulf nation is home to eight percent of the world’s oil supply. Oil revenue also allows the cost of living and doing business in Kuwait to be quite low compared to less well-off countries, which is a major advantage for Bitcoin miners.

Mining cryptocurrency in Kuwait does require dealing with the country’s intensely hot weather. However, the cheap electricity largely offsets the added cost of running power-demanding cooling systems around the clock. A single Bitcoin mined in Kuwait costs only around $1,983, making it the fifth-cheapest country in the world for miners.

Georgia is rich in hydroelectric power and natural gas, and the country has only tapped an estimated 25% of its energy resources so far. That’s kept electricity prices low, which is good news for cryptocurrency miners. Still, miners do have to contend with high air conditioning demand during Georgia’s hot summers.

What really makes Georgia stand out for the blockchain industry is that it boasts an incredibly favorable regulatory framework around cryptocurrency. Unlike if you were to buy cryptocurrency, when you mine Bitcoin in Georgia it’s completely tax-free. That’s pushed the price of mining a single Bitcoin down to just $3,316 in Georgia.

Iceland has a little bit of everything for bitcoin miners: cheap electricity, a cold climate, and favorable regulations. That’s why this island nation has seen mining operations nearly double in volume over recent years.

Iceland has some of the lowest electricity costs in the world thanks to a highly developed network of hydroelectric and geothermal power plants. Importantly, the government hasn’t put any restrictions on cryptocurrency miners wanting to draw power from the grid even as electricity consumption has spiked.

The cold climate is another advantage for Iceland-based Bitcoin miners. Cold summers dramatically reduce the cost of air conditioning, and all it takes to keep a bank of servers cool in the winter is an open window.

Still, Iceland isn’t the cheapest country to live and work in, which drives up labor and other costs for miners. Right now, Iceland-based Bitcoin miners pay an average of $4,746 per Bitcoin mined.

Estonia has positioned itself as an Internet-first country, pushing hard to improve Internet service and speed everywhere inside its borders. Attracting cryptocurrency miners and developers is among the country’s long-term goals, so in addition to easy Internet access, miners will find a friendly tax rate and legal environment around blockchain technology.

On top of that, electricity costs are low in comparison to the rest of Europe. Cold winters mitigate the demand for air conditioning for part of the year, which also helps to reduce overhead costs for Bitcoin mining operations.

Still, Estonia is a European country and the cost of doing business reflects that. Expect to invest an average of $5,551 per Bitcoin in Estonia, which could make it more favorable to buy Bitcoin online during a price dip than to mine it.

Canada might not be the first country you think of when it comes to Bitcoin mining, but it has a lot to offer miners. Land in the northern reaches of Canada is exceedingly cheap for a developed nation, as well as close to some of the world’s largest hydroelectric power plants. Plus, miners get the advantage of cool summers and frigid winters to help reduce cooling costs.

On top of that, Canada has taken a forward-thinking approach to how to get cryptocurrency miners and developers to call the country home. Mining is largely unfettered by regulations, and those that do exist are designed to protect the industry from legal attacks. As a result, Canada has become a go-to destination for cryptocurrency miners fleeing increasingly unfriendly regulations in China.

Overall, the cost of cryptocurrency mining in Canada is on par with many other developed nations. Depending on where you set up shop, expect to invest $3,965 to mine a single Bitcoin.

Venezuela is actually the world’s cheapest country for Bitcoin miners, sporting an average price tag of $531 per Bitcoin mined. The developed nation’s economy is highly subsidized by oil revenue, ensuring that mining operations can find rock-bottom prices for electricity, land, and labor.

However, Venezuela is a much riskier home for Bitcoin miners than the other countries on our list. Recent political turmoil has left the future of the country’s government unclear and led to numerous blackouts. Bitcoin miners interested in setting up shop in Venezuela will need to ensure they can get a consistent power supply and should be prepared to deal with regulatory turmoil in the years to come.

Finding a Home for Bitcoin Mining

While for the majority of people around the world, it still makes much more sense to buy Bitcoin online than to mine it—and in some countries, such as Portugal, it’s actually cheaper to buy cryptocurrency at the current price than to mine it—for people in areas with cheap energy and relaxed regulations, Bitcoin mining can be quite profitable. And with Bitcoin and other cryptocurrencies in the midst of recovering from their recent lows, the financial rewards for cryptocurrency miners are only likely to get more attractive. While miners can set up operations almost anywhere in the world and turn a profit, these six countries offer an attractive mix of large economic returns and friendly regulatory environments